Welcome to the world’s first and only online shrine to Phra Ngang Taa Daen (“Honorable Ngang Red Eyes”), one of the most popular spirits in Southeast Asia.

A strange, impish figure with fin-like ears, bulging red eyes, and a striking protuberance variously described as either a single curved horn or a rakishly tilted hat, Phra Ngang is called upon by devotees in Cambodia, Thailand, Singapore and Malaysia for his enormous powers of protection (from accidents, violence and black magic) and attraction (of wealth, romance and gambling luck). 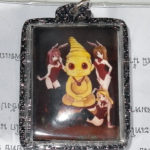 Usually depicted as a demented, red-eyed trickster sitting in a meditation posture like the Buddha, Phra Ngang has a reputation as a karmic amplifier who continually tests his devotees at the crossroads of decision, manipulating unseen currents of cause and effect to tilt the odds in favor of their requests. Like the Exu of Brazilian macumba… 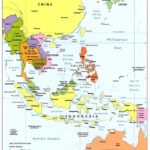 Though Phra Ngang’s popularity has spread worldwide with the advent of the internet and globalization, his traditional stomping grounds center on Cambodia, Laos and Thailand. Recent years have also seen a greatly increased presence in the urban centers of Singapore, Malaysia and mainland China. 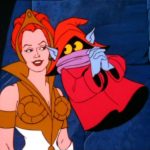 Phra Ngang is sometimes confused with the spirits or gods of other traditions or even figures from popular culture; here are a few of the most common cases of “mistaken identity”:

For thousands of years prior to the introduction of Buddhism, Thailand teemed with spirits, gods, ghosts and monsters. So how did they survive the national transition to a universalist faith? Unlike Western countries where monotheism completely drove indigenous supernatural entities out of existence or into hiding, Thailand gracefully syncretized the various strains of shamanic animism and brought them… 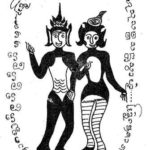 Various fascinating Phra Ngang artifacts from around the internet. Amulets are meant to envelope the bearer in the “energy” of Phra Ngang Statues are fetishes intended to give Phra Ngang a powerful presence in the devotee’s home Magical tattoos and designs are pounded by sorcerer monks directly into the skins of followers to help them cultivate an even closer link to… 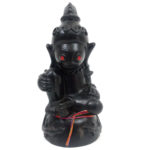 An enigmatic figure of mysterious origin, Phra Ngang has been variously explained as: An unconsecrated Buddha statue soaked with the blood of fallen Thai troops in a historical battle A mischievous Cambodian mountain spirit who achieved partial enlightenment A paranormal entity from another dimension (like a Djinn, or a “shadow person”) So is Phra Ngang a slain Siamese solder, a curious Khmer elf or something else entirely? While we…