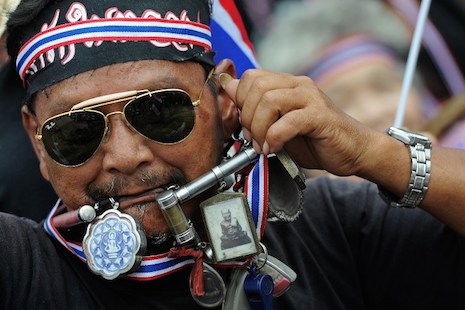 From exorcism ceremonies to spirit houses and amulets claiming to make wearers bullet-proof, Thailand is a culture soaked in superstition — an obsession critics say is holding the nation back.

On a popular episode of “Humans defy ghosts” — a weekly Thai TV programme that delves into the supernatural — a two-year-old girl who survived three days next to the dead body of her mother was asked a series of questions by one of the show’s panellists.

“Who prepared your milk?” Kapol Thongplab enquired.”Who played with you? Who opened the door?”

“Mummy,” the little girl replied, as genuinely convinced as her adult interlocutors that her mother’s ghost continued to sustain her in those harrowing days.

In Thailand, a show like this is more than just entertainment.