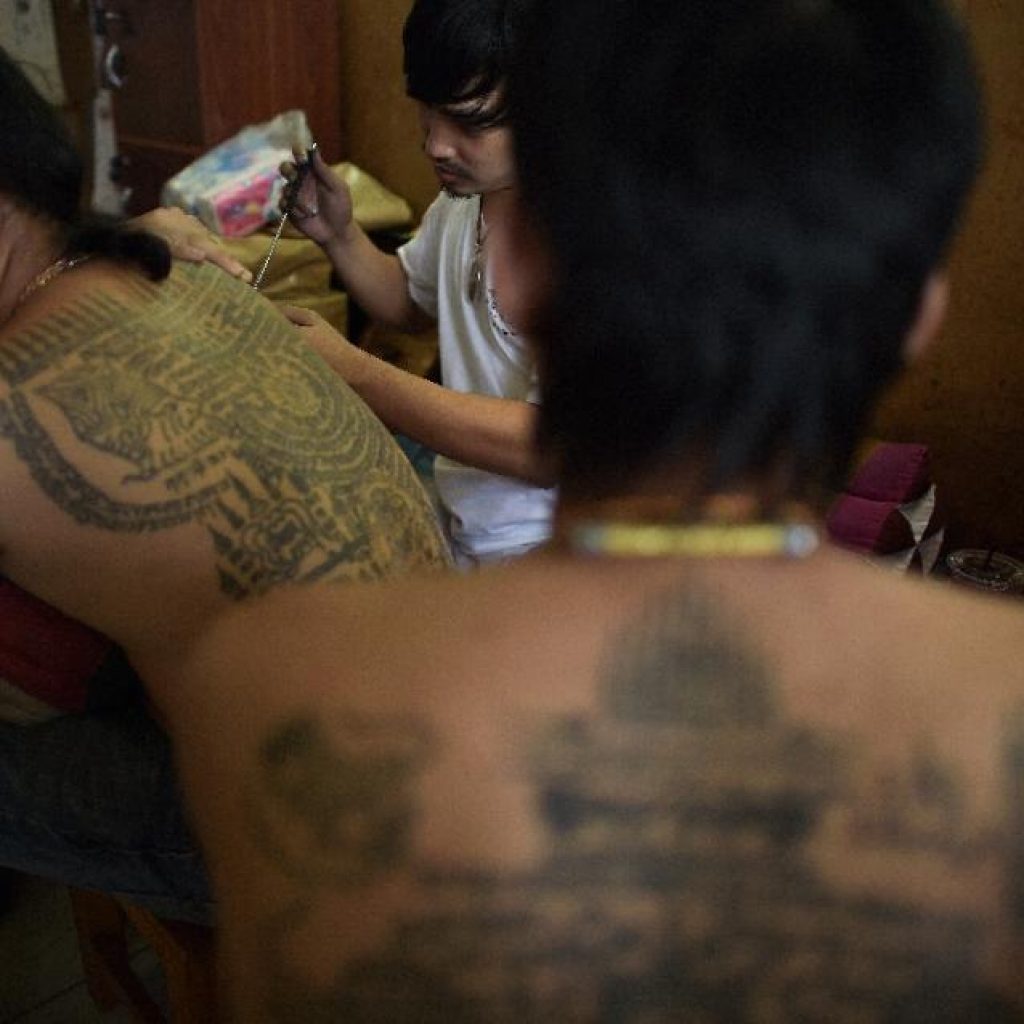 Nakhon Pathom (Thailand) (AFP) – It begins with moans, then screams and feverish dancing followed by mad dashes through a densely packed crowd.

Each March followers return to the temple in Nakhon Pathom province, 80 kilometres (50 miles) west of Bangkok, to have the protective power of their tattoos “recharged” by monks.

Sak Yant artwork often feature animals and as the festival reaches its climax, many acolytes work themselves into a wild trance that ends with them sprinting though crowds possessed by an animalistic power.